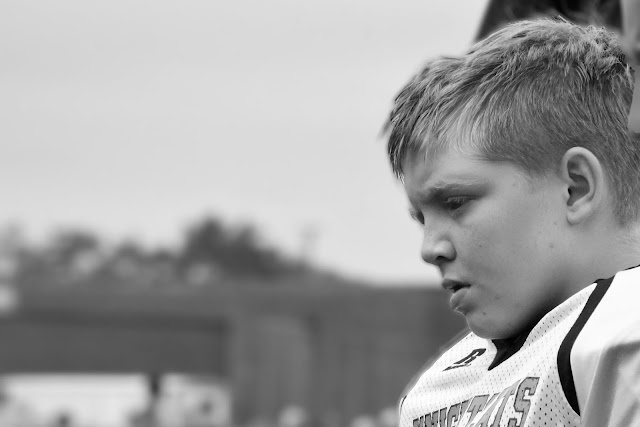 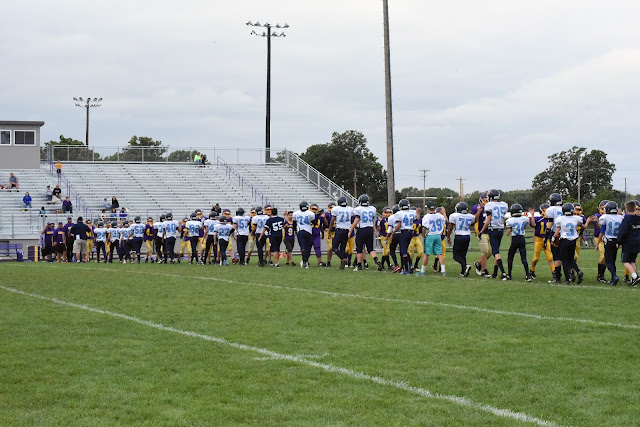 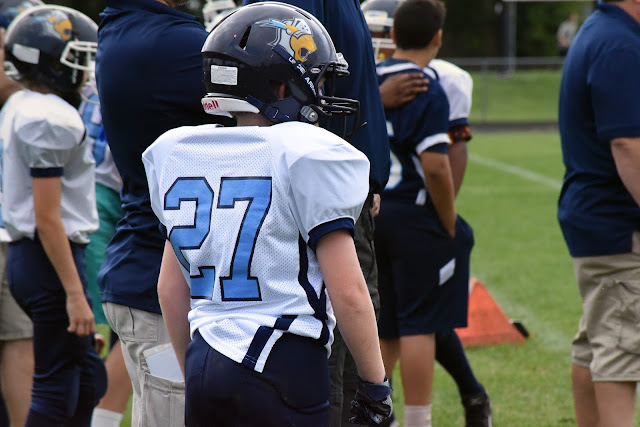 C-man's team won 6-0 yesterday. It was a nice defensive battle, and C-man definitely did his part. As the head of defense, Beerman sure was pleased with the outcome.

In other news, today is my 10  year anniversary at work. I don't know how I feel about that. On one hand, I'm grateful and secure and happy. On the other, I never expected to be in one spot for that long, and wonder if I should be disappointed. It's a strange feeling. 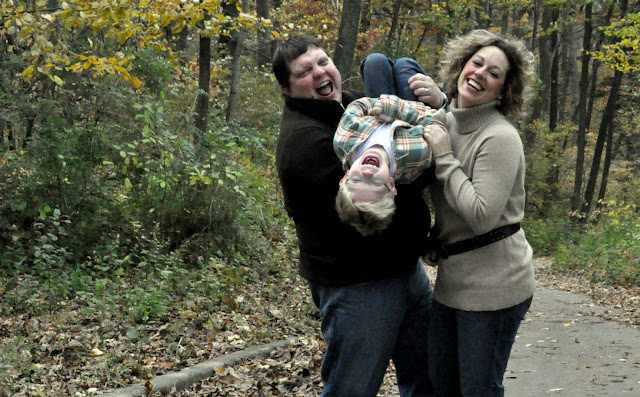 It's the end of the week. So I'm flashing back to an oldie but goodie. Have a great weekend, all. We'll be playing football and resting up all the sickies in the house.
at 2:25 PM No comments: 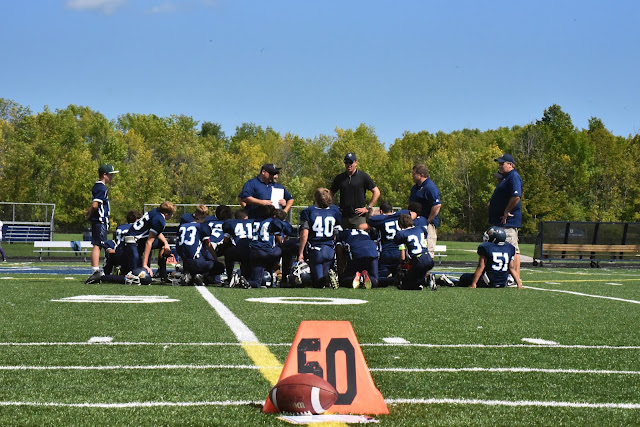 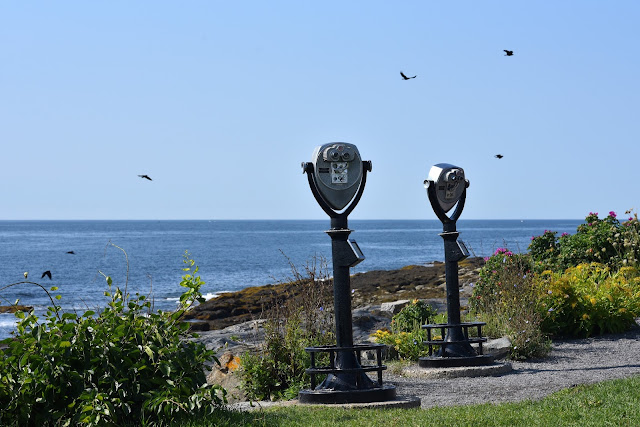 C-man's still sick. I'm slowly recovering. Tuesday marches on.
at 11:54 AM No comments: 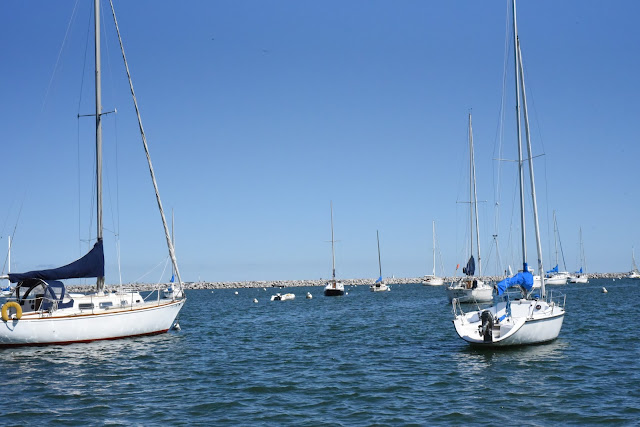 C-man is sick. I'm hoping it's not strep, but he can't talk. I'm sick, but getting better. Although I'm all filled with stupid hives. Ah, the glamorous life. Here's to a good night's rest ahead.
at 2:42 PM No comments: 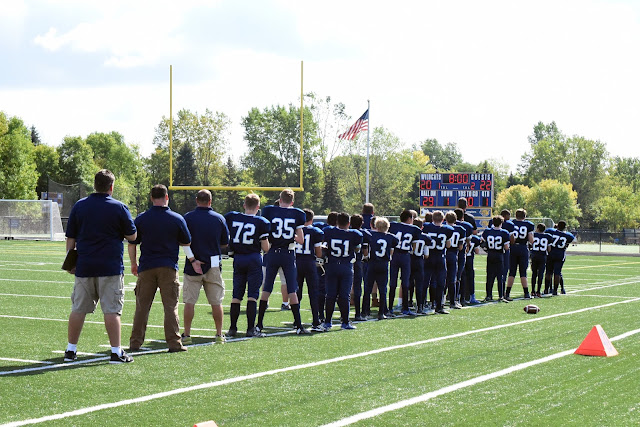 I seem to have caught a cold. Imagine that, after being with thousands of people, many of whom were sick, and then forced to sit in an airplane for 3 hours. Oy. I hate colds. But, it didn't slow down C-man's KnightCats 7th grade team for the win. He even got a couple carries of the ball, because they were ahead. And now, it's time to put it in relax.
at 7:07 PM No comments: 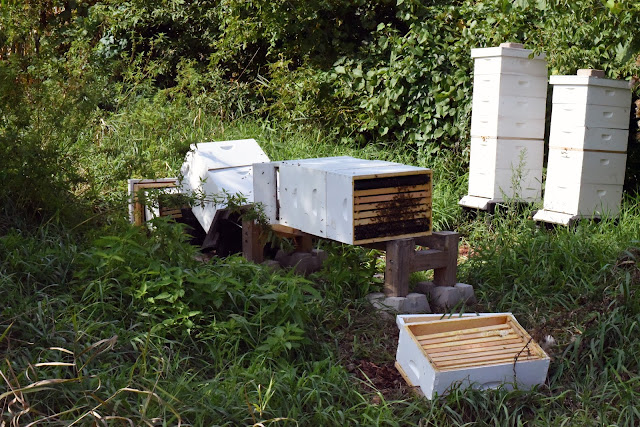 In what I'm dubbing Raccoongate 2016, I raced up north yesterday after Cousin Chad informed me there was a problem.

The hive on the left completely broke apart, and the bees swarmed. Which means they gorged on all the honey they'd stored, left a few behind, and took off to lands unknown. Damn. There are some bees left, but it seems a laying worker has taken over and is laying drones. I put it back together, but am doubtful there's anything left to salvage.

The hive on the right did such a great job gluing their boxes together with their propolis that it was mostly intact. The top super and cover was tossed, but otherwise, they appeared to be okay. I pried the boxes apart, turned it right-side up, and said a little prayer.

I went through the two back hives, and both appear to be doing well. I pulled a super off the hive on the left, as it's time to start decreasing their space as we head into winter. I'm unsure whether I'll harvest it or just give it back in Spring. But for now, it's fine in a tub in the basement.

Back to football season 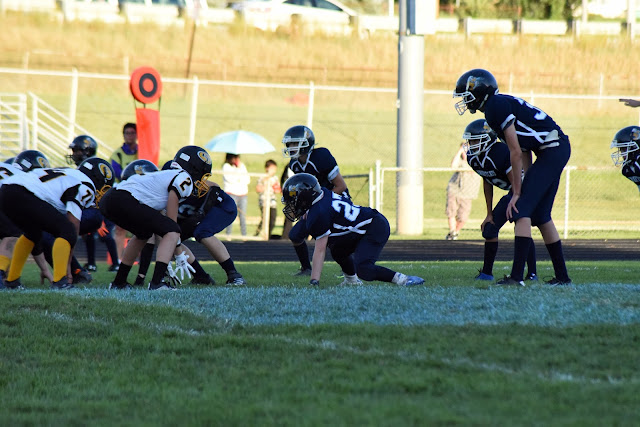 We're back in official football season. It was a pretty rough start to the season for this little team. C-man got hurt in the second quarter and was out for the game. It's probably a deep bruise of his inner thigh, but he had to be helped off the field because he couldn't walk on it right after it happened. I'm not interested in seeing THAT happen again, thankyouverymuch. And so, our weekend continues. Time to get to church, mow the lawn, and get ready for the week ahead. I leave for Orlando tomorrow. Guess that means I should do some laundry, too.
at 10:04 AM No comments: 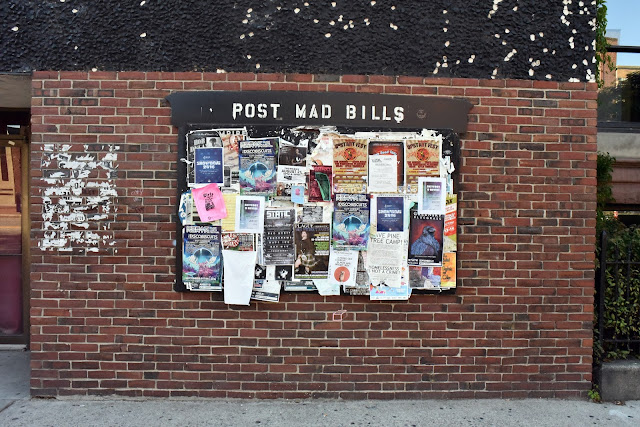 It's been such an odd week filled with highs and lows and weird happenings. It's left me uncharacteristically scattered and discombobulated. Almost like my feet aren't on the ground, but floating just above it as I drift and flit from one thing to the next, never being able to finish the last thing before I'm forced to move on to the next.

So it's back to meditation with a vengeance. (You know, as much as you can meditate with force.) Meditation has come up over and over for me recently. And I'm taking it as a sign from the universe, (as much as I take signs from the universe) that it needs to re-enter my life with some regularity. There's just too much noise going on all the time, so it's time to find some inner peace.

So don't mind me over here. I'll just be figuring out how to bring it all back to center.
at 9:51 AM No comments:

Wordlessly wishing for the weekend 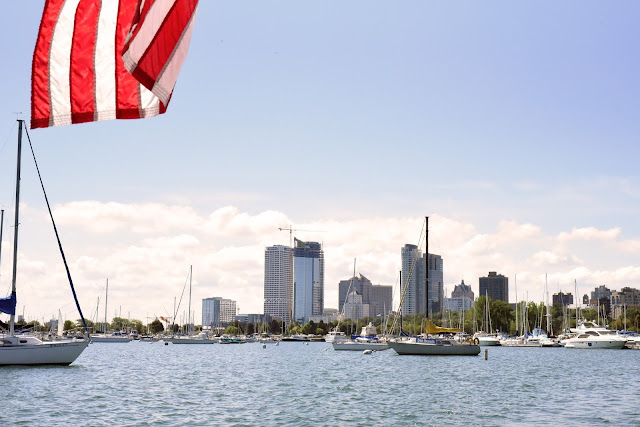 Another day of the grind 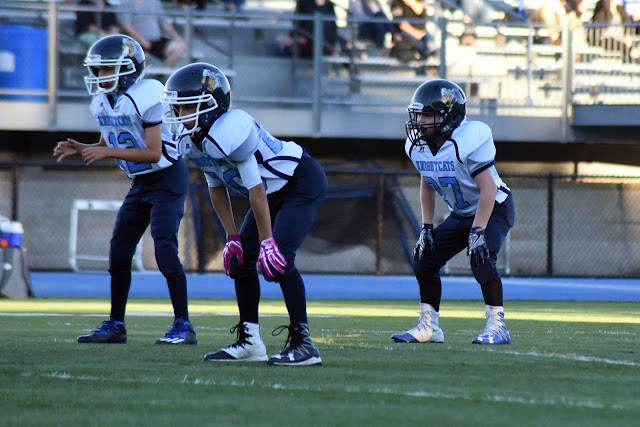 It's another crazy week ahead. I've been slowly digressing into a lot of pain again. I had a nice few weeks, but I think my time avoiding the spinal team may be nearing an end. I hate to think of surgery in my future, but I can't live like this either. But who has time for any of it? Football season is upon us. Work travel is heating up for both Beerman and me. And really, let's face it, who wants to do any of this? 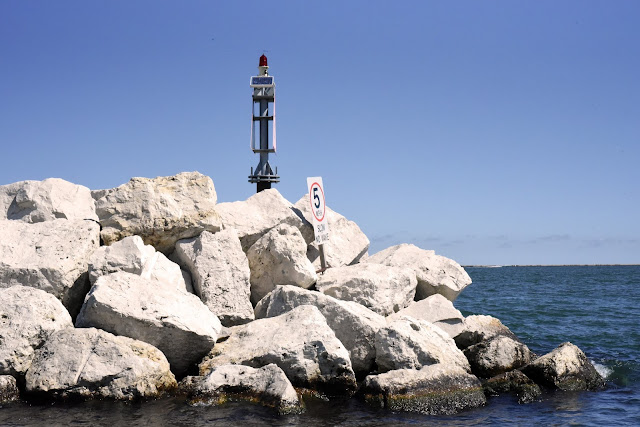 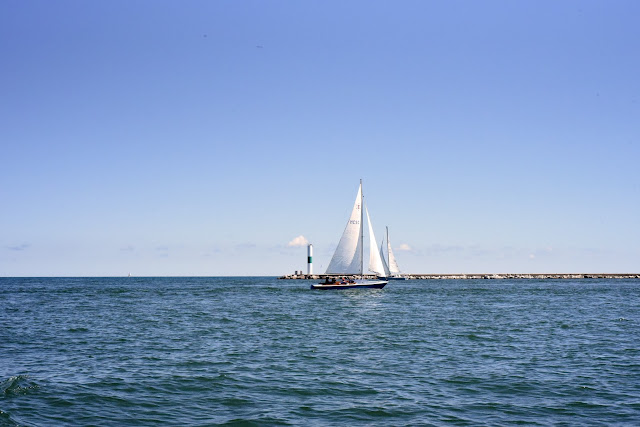 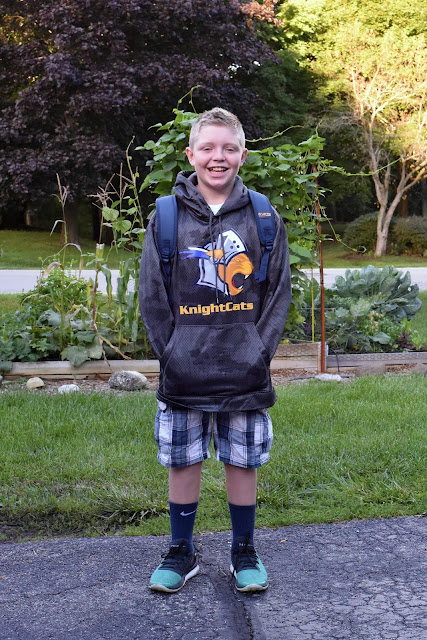 C-man left the house this morning, and walked off to 6th grade at a new, public school. He has a locker with a built-in combination, had to choose his outfit, and has 8 classes he needs to find. He was so nervous, he could barely eat this morning. It was adorable. He is a brave kid - I don't know many who would willingly impose such a huge change on their lives for no reason other than he thought it would be better for him. I can't wait to hear how his day went. After football, of course, because there's a scrimmage tonight. Never a dull moment...
at 10:58 AM No comments: