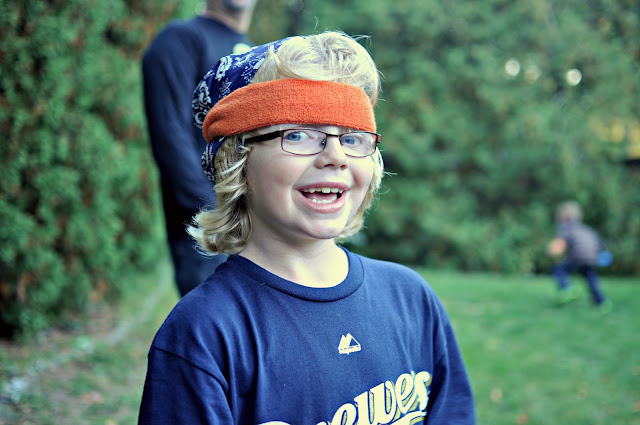 Our annual Fall Fest was last night. Wild games of capture the flag after the foam swords were properly personalized and decorated, of course. That was followed by an amazing Greek dinner courtesy of Beerman complete with flaming cheese and ouzo. It all wrapped up with popcorn in front of Percy Jackson and the Lightning Thief while the parents continued to laugh and have a great time. It was so much work, but such a great time to strengthen friendships with such great people, adult and child alike. We are truly so blessed with such a great group of friends, that it really makes it all worthwhile.
at 4:47 PM No comments: 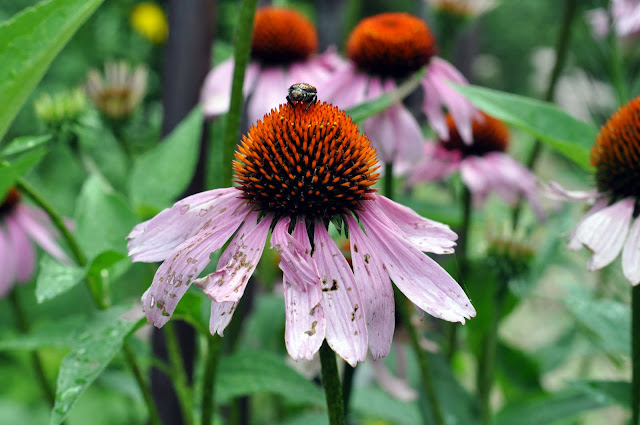 Oh my goodness, I have been swamped. Work has been nuts. And home is crazy. Fall Fest is tomorrow. The Cub Scout rain gutter regatta tonight. Whew. Good stuff. Just no time for anything else! Have a great weekend!
at 5:46 PM No comments: 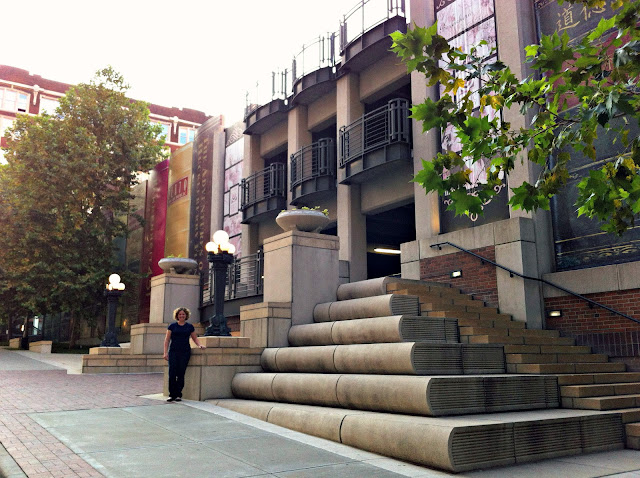 It was one of my resolutions this year to read all of the books that are on the Kansas City Library's exterior. (Okay, it's actually the library's parking garage, but we're not going to be that picky) It was also on the list to get a picture in front of it when I was there again. Well, I was there last month and took this picture, but forgot to post it. Which is okay, since I've kind of forgotten to read most of the books, too. Darnit. I just have not been reading a lot lately. I can't seem to get into a book long enough, which really is unusual for me. And a bit disconcerting. Too much TV. Not enough books. It's a bad streak I've had going. Especially since C-man is protesting reading so much.

And so, as September moves into October, I'm having an Octoberlution - to read again. My brain could really use it!
at 9:28 AM 2 comments: 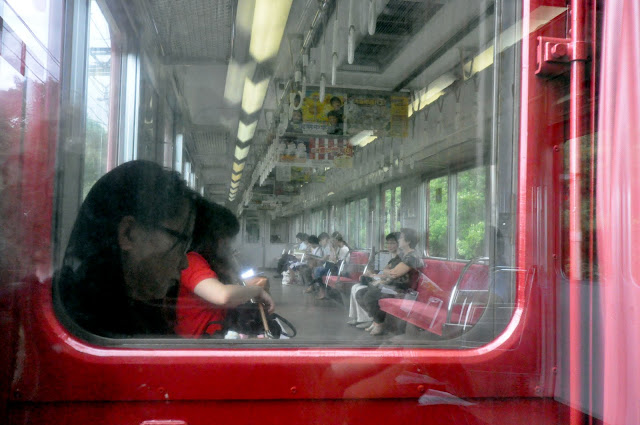 Right now, people all around the world are moving about with their daily routines. I'm getting up while others are eating dinner. But everything is moving forward, sometimes with laughs, sometimes with tears. I'm not sure if I find it comforting or sad that we keep moving on like this, but I always find it so humbling.
at 1:19 PM 1 comment: 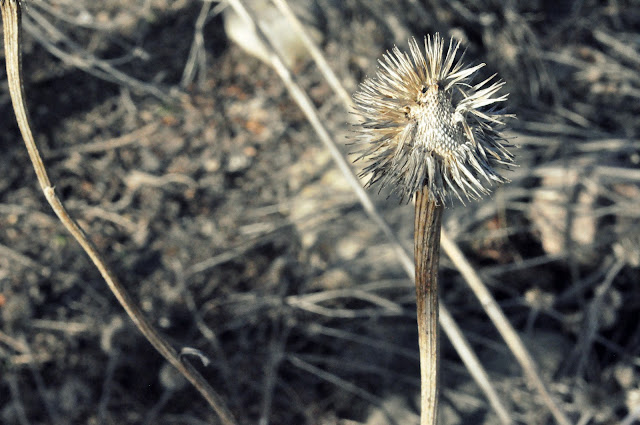 We had a lovely weekend. There were really peaceful moments where I sat down at the museum and watched C-man try to catch butterflies. And now I'm at work, living one of the craziest-busy weeks I've had in ages. But none of the rest feels quite blog-worthy lately. Maybe it's the weather. But I'm feeling less chatty lately. So carry on. I'll try to think of something witty soon.
at 3:24 PM No comments: 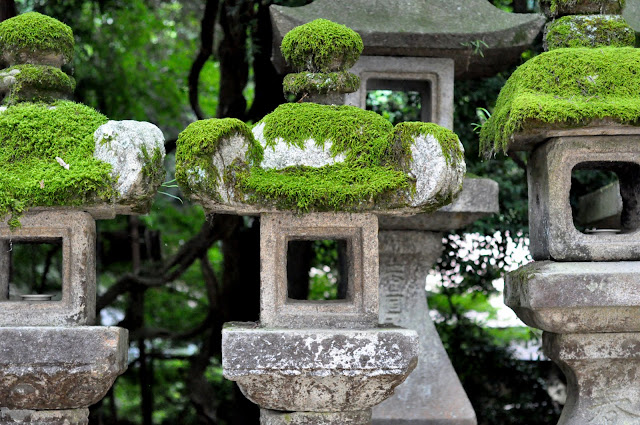 It's Friday. And beyond C-man's football practice, we don't have a lot of plans for the weekend. And I'm beyond thrilled. I'm hoping to get our Christmas card photo taken. I have big plans that I hope turns out. The lawn needs mowing. And we have to get ready for next weekend's Fall Fest activities. Ahhh, it should be a nice break.
*************
My favorite quote of the week: "You can't austere yourself into a higher GDP" -Lloyd Blankfein, CEO Goldman Sachs
at 11:01 AM No comments: 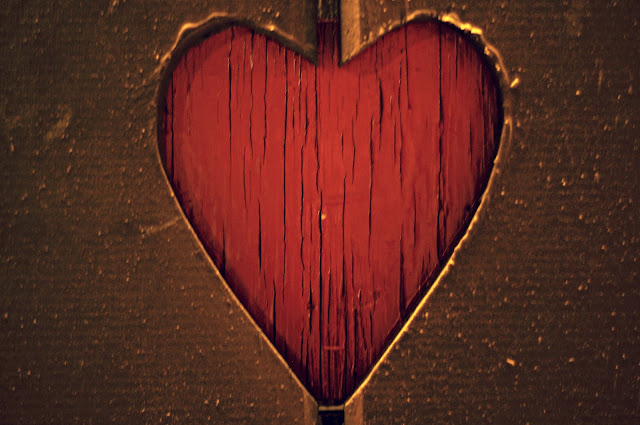 I am in Newark today. I am often someplace or another for work. It is something I take in stride most often. But after talking to C-man on the phone last night, and not being able to get him off the phone because he missed me, I can't wait to get home. Thankfully, I am not flying American this week, so there is a shot that I will get there yet tonight. I miss my boys.
at 7:27 AM No comments:

A toast to Tuesday 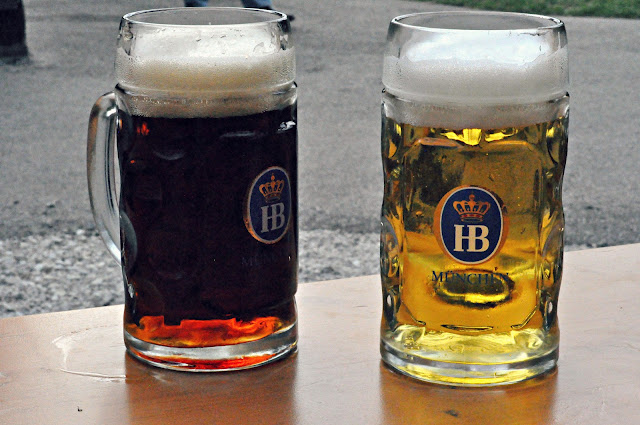 I really do love the local beer gardens. I think I need to get back to Munich. 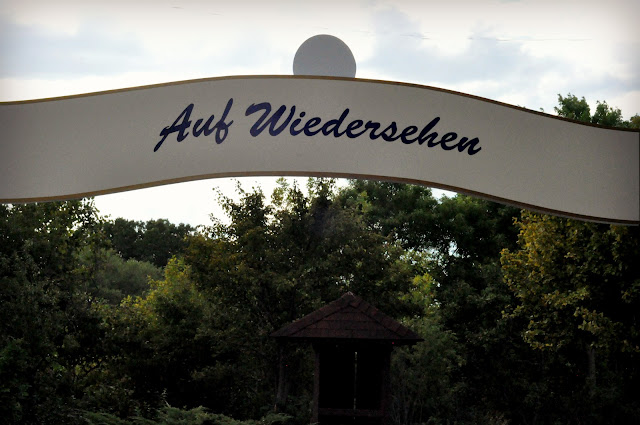 Here goes another one 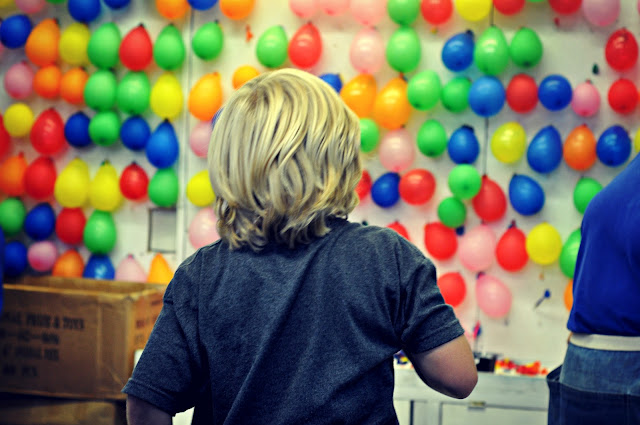 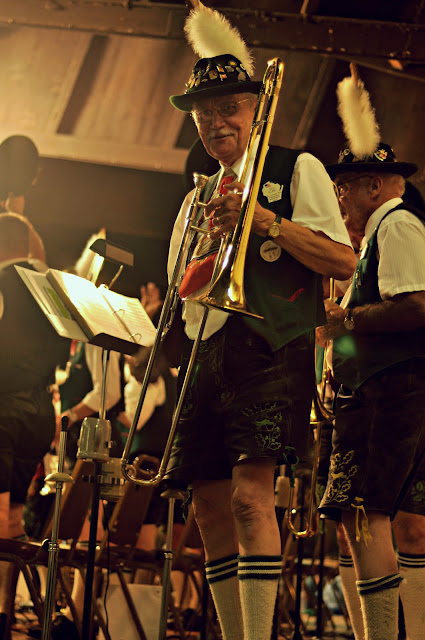 We hit up the local Oktoberfest last night with some friends. C-man enjoyed the carnival games, and made his experience with a BB gun pay - he shot every can in the gun game. It was a good time. No Munich, but a good time, nonetheless.
at 10:42 AM No comments: 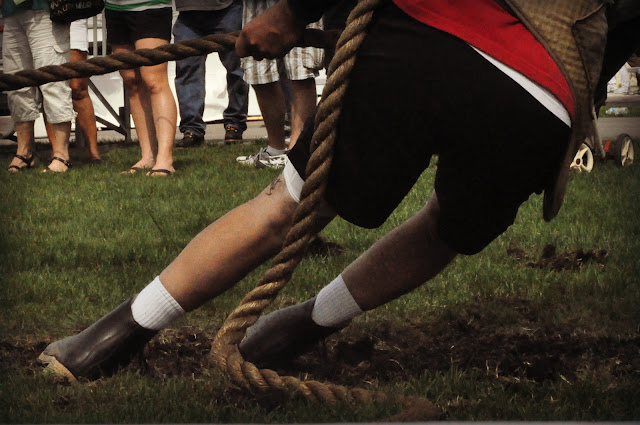 I feel myself slipping into a bit of a depression with this pain. It is a constant tug-of-war between keeping my mind sane and my body free-ish of pain, because one always leads to the other for me. I want to work out to improve my physical health and mind, but the pain is so great right now, I know it will make things worse in the short-term.

And so, I sit in the sun today in an attempt to make one of the two better. Now if the Brewers would give us a win.
at 1:35 PM 2 comments: 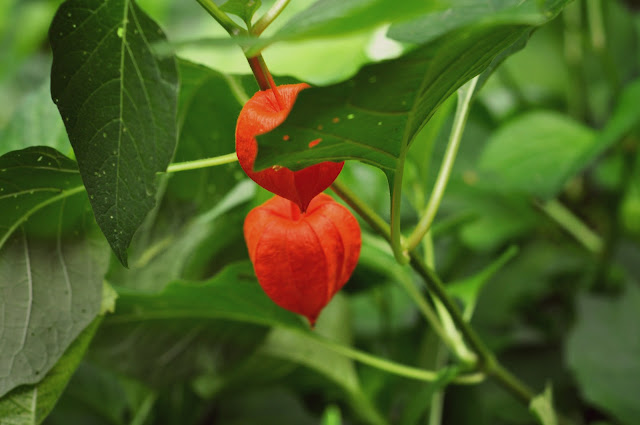 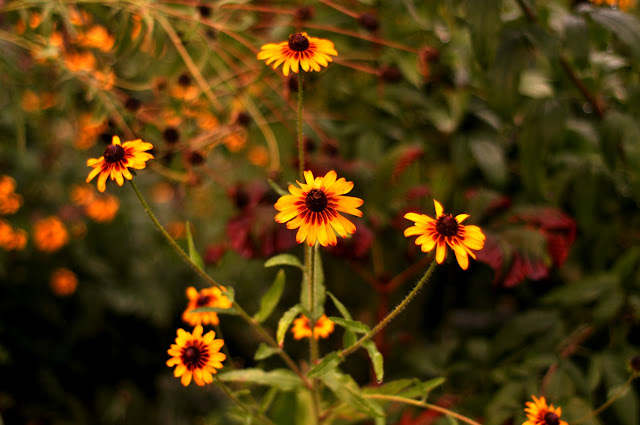 I have been in such excruciating pain. It has been a long time since I have been this miserable. Thank God for Vicodin at night. On a good note, the evenings have given the most beautiful light during my walks to try to feel better. At least there is that.
at 2:25 PM 1 comment: 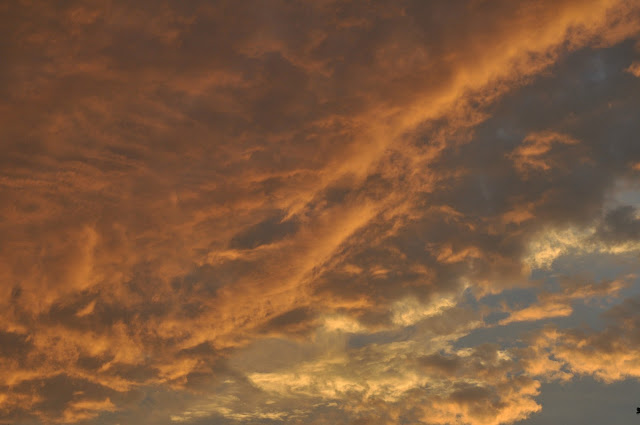 I'm so thankful C-man is doing so well in school this year. Last year was a nightmare. This year, a total non-event. Thank God.

My work has been kind of crazy busy lately. And between my life getting in the way of work (physical therapy, Harry needs a groom, kid has parent-teacher night, I can't sit because my back $#@* hurts so bad), I've been ornery. I don't know how I'm going to fly to Newark next week.

If an unknown filmmaker makes a crazy film nobody even knows exists, will all of Libya riot? And will a crazy pastor in Florida get on that bandwagon and get lots of press about it? The answer is apparently yes on both accounts. The world confounds me.

C-man starts football season next weekend. I can't believe it's starting already. He is thrilled, of course. Except for the part about not being able to hit people. That part disappoints him.

I've been on the Vicodin lately for my back. Just change my middle name to Favre.

I finished the first 4 seasons of True Blood. Season 5 doesn't come out on demand until next year. I need a new obsession.
at 2:07 PM 1 comment: 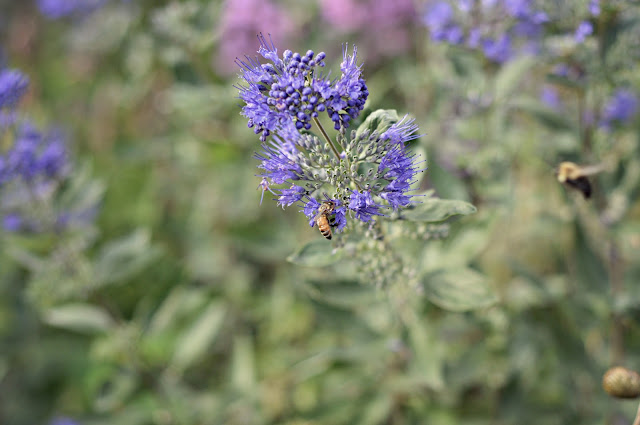 I have to work a full 5-day week this week. It's been a while since I've done that. I'm hoping that yesterday took the yuk of the whole week (Harry was sick all over the carpet, a mouse died somewhere in our laundry chute area and we can't get at it without ripping the wall apart, and my shoulder has started hurting again), and that it is headed up from here.

We have two Oktoberfest parties this weekend. My, how I miss the real Oktoberfest. I never did get good pictures of it when we were there. I was too new to my camera, and probably had too many of those tasty steins to make any of it work out well. Just one more reason to go back, I guess. Well, that, and the fact that I should have bought that dirndl I really liked but didn't think I'd have a use for. I'd totally wear it now.

Someone brought in donuts today to celebrate the September birthdays. I really have no willpower when it comes to donuts. Now I have a sugar headache. Someday I'll learn. Today, not so much.
at 3:01 PM No comments: 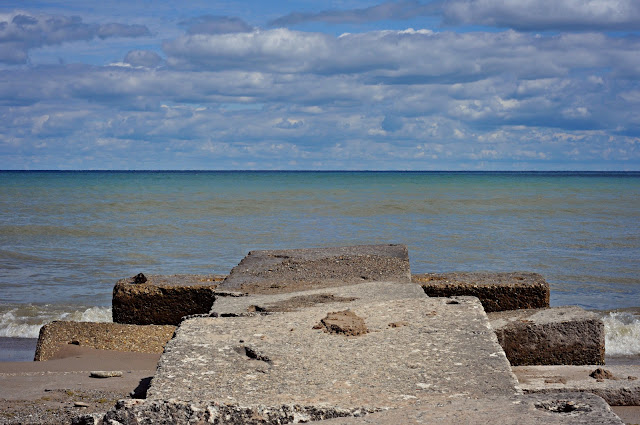 This weekend, I re-planted our geocache in the park because the container got stolen. (Who steals a container but leaves all the stuff on the ground behind?!) It was a beautiful opportunity to walk along the beach, since Beerman was working on the fish tank and C-man was at a birthday party. It was just me and the sand and the waves. And my camera, of course. I live a fortunate life. Sometimes, it's good to take a moment to remember that.
at 1:45 PM 1 comment: 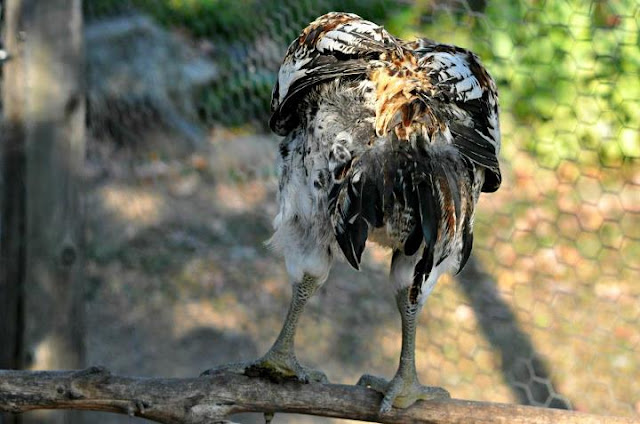 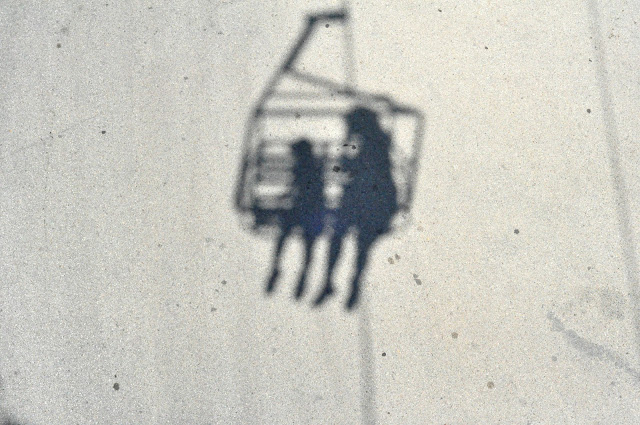 Some days we ride the sky gliders and box each other's shadow. I love stupid fun like that.
at 2:30 PM 1 comment: 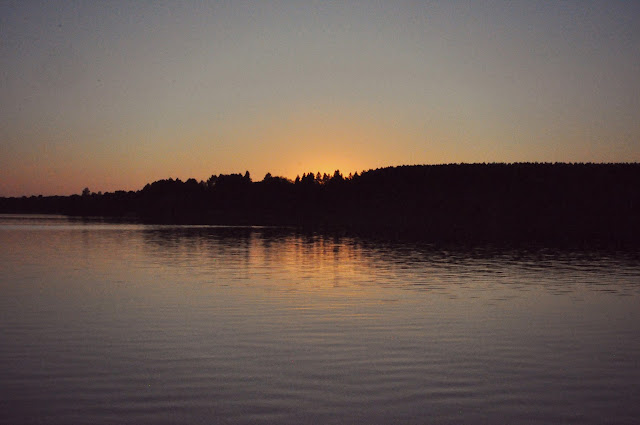 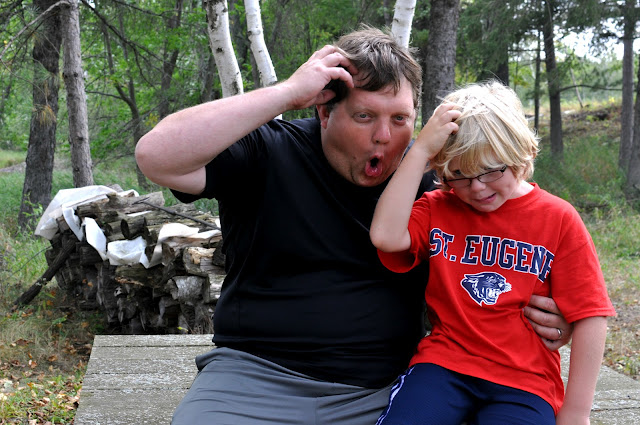 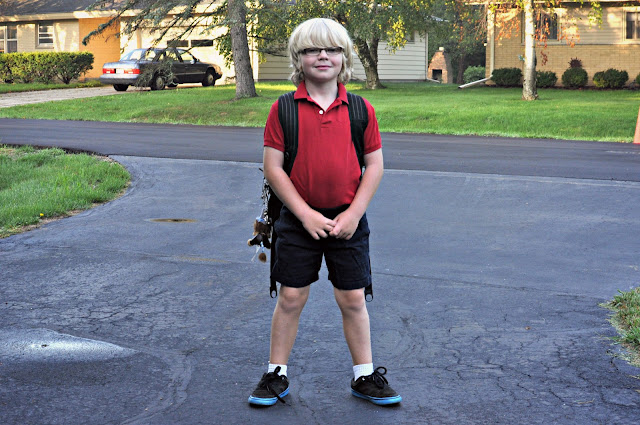 This morning I waved goodbye to my kid as he left home to be a 2nd grader. He made his bed, brushed his teeth, got dressed (even tucked in his shirt) with no reminders. It's hard to believe my kid's in 2nd grade. (This kid will make his first communion this year already! How is that even possible?) 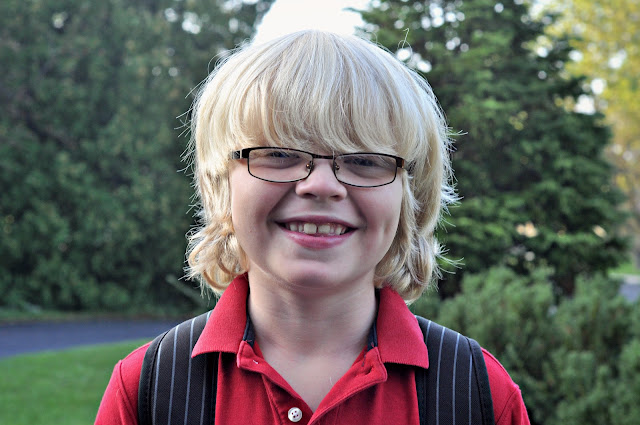 It's such a difference from the very first day of K4 when he was scared out of his mind to get on the bus and wasn't sure if he'd make any friends. Now he races to the bus where he's got a whole gaggle of friends waiting for him with their own big Chiclet-toothed smiles, saving him a seat. 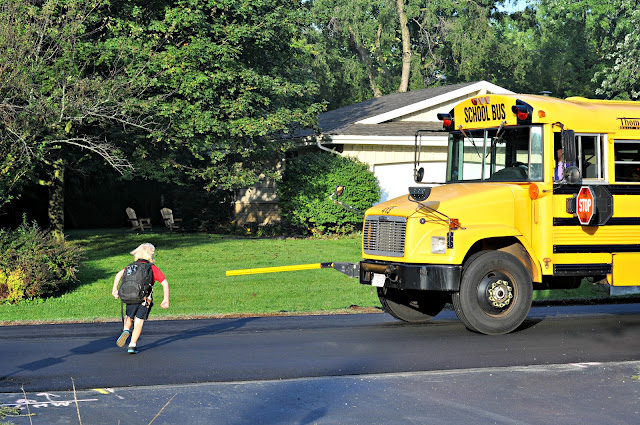 I am more blessed than I ever thought possible with this child.
at 9:51 AM 2 comments: 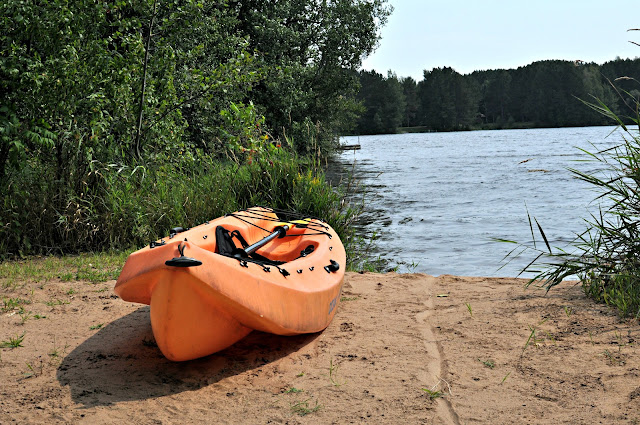 After 9 days off, I've decided that I could really get used to this life of leisure. But alas, today is the end of that, and it's time to go back and pay for the next one. Tomorrow, I will have a 2nd grader. How the time does fly when you're having fun.
at 11:24 AM No comments: 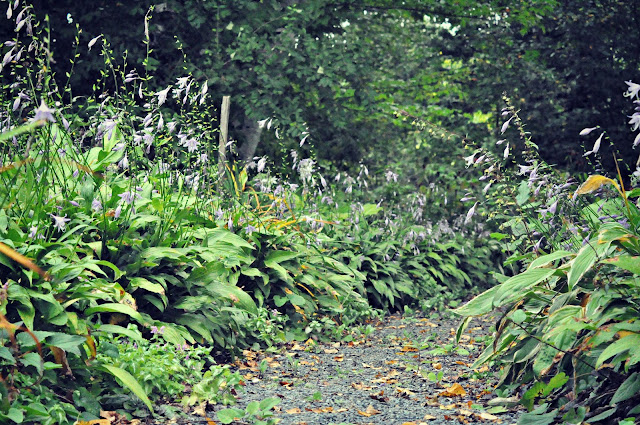 I've been doing laundry and pulling weeds and making new yogurt and unpacking and driving to Target to buy gym shoes for the kid. (Side rant - This child needs gym shoes that aren't worn outside. All said and done, I have to buy this kid a brand new pair of shoes that he will wear and then outgrow at some point before the end of the year. All before he wears them a grand total of 40 hours!) At least I got to listen to a fun Brewers game while doing it. The good news is it's giving Harry time to recover. The poor old dog hasn't moved much today, he's so hungover. (He's also still stinky in spite of taking him directly to the dog wash yesterday and their having used the extra deodorant shampoo on him!) Anyhow, that's a lot of nothing to tell you that I'm not lakeside pre-s'mores fire anymore. Thankfully, there's still one more day left of this bliss.
at 4:10 PM No comments: 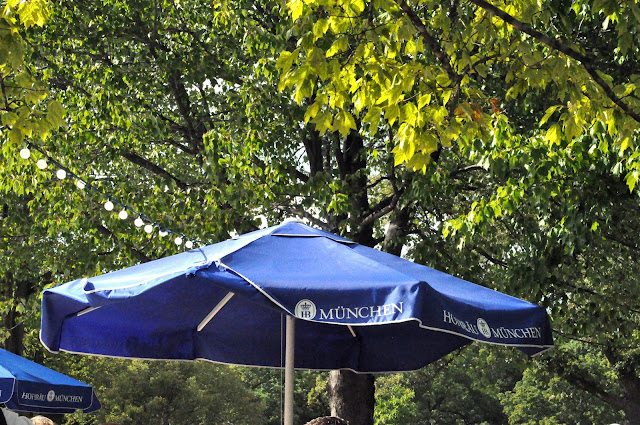 With a stinky, wet dog and a happy kid who is ready to play with kids his own age in tow, we are headed home. Somewhere within the unpacking and laundry and getting Harry bathed, we need to try on last year's school uniforms to see if they still fit after the summer growth spurt. My goodness, it is hard to believe summer is truly at an end. We have so much to be thankful for, though, so it is hard to be sad about anything right now. Maybe just a little wistful. Yes, let's go with wistful.
at 1:25 PM No comments: