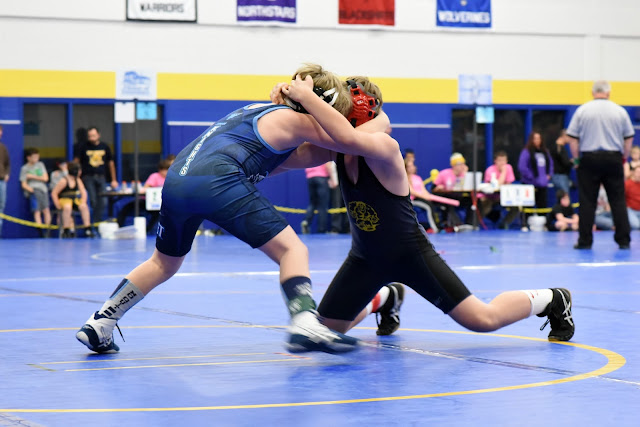 So we spent Valentines Day at a wrestling tournament in Mukwonago. C-man got so nervous he wouldn't eat. By the afternoon, when it came time to wrestle, he was an exhausted, emotional mess. At one point, he was talking to a friend and just started crying for no reason. He had a legitimate bid to win it all with this bracket (since he'd beaten several of the kids there in previous tournaments), and instead lost every single one in what was by far the worst I've ever seen him wrestle. It was a day fraught with learning, for sure - about nerves, eating, being too cocky, and not giving up.

Then we went out to eat after, and it ended up taking 2.5 hours with bad food. Apparently it was the server's first day, and there was no cook on site for the first 45 minutes. And then it took forever to get home because of the sleet.What a total bust of a day.