The things I now know.

It's raining today, so I decided not to take the 2 hour train to go see crazy Ludwig's castle and the view from the mountaintop. It's supposed to be crap tomorrow too, but the chances are better that it won't be dense fog, so even if it's a bit wet, I'll get to see something. So instead, I decided to do the tour of downtown Munich on my own (instead of doing the afternoon bike tour). I'm glad I did. After seeing some of the tour groups, I'm pretty sure it would drive me nuts. So this is what I learned. - There is a glockenspiel in downtown Munich that spins around depicting a wedding. - The glockenspiel plays at 11, 12 and 5 daily. - It has 43 bells, which are ridiculously out of tune. - The glockenspiel might very well be the most over-rated tourist attraction I've ever seen. 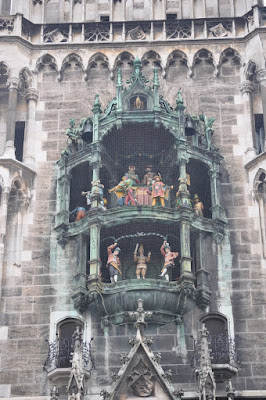 - I do not like pouring through museums to look at old shit. - There is a lot of old shit here. - Touring downtown Munich was a lot quicker than the guide books said it would be. 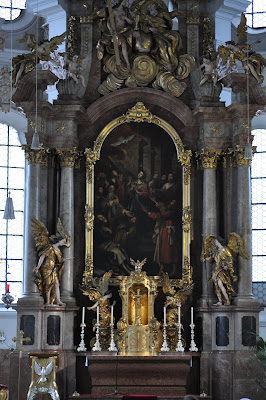 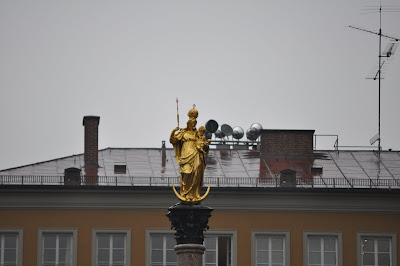 - People here love dogs. They're everywhere, on the subway, in the parks, in stores. - I have not seen a misbehaved dog yet. - Maybe I need to get a German dog, because mine is a thief and tells me what the rules are. - Munich has open markets all over the place, and they're amazing. I enjoyed the colors and smells and people coming and going so much... 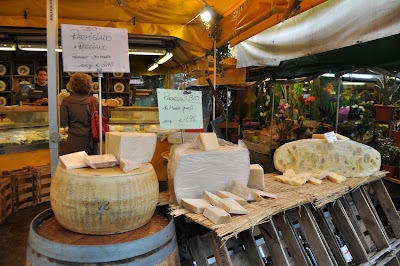 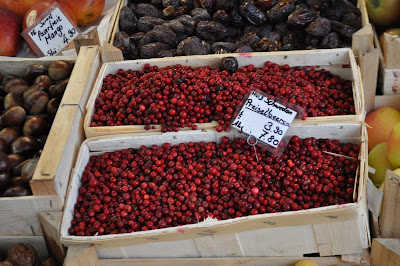 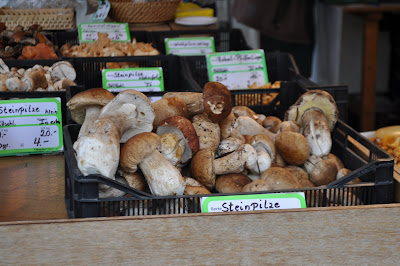 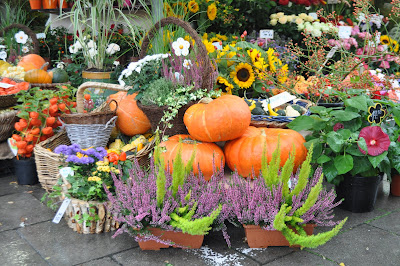 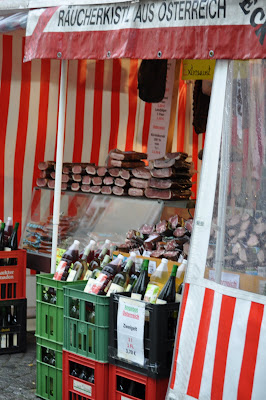 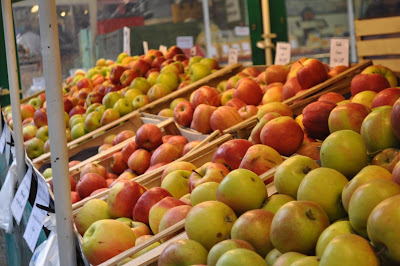 - Despite there being no ticket checkers at the subway, you still need a valid ticket. - A ticket is only valid if it has been stamped. - Failing to hold a valid ticket and still riding the rail results in a 40 euro fine. - The subway is spot-checked by local police to make sure you hold a valid ticket. - If you are a dumb American who didn't know you had to do more than just buy a ticket, you get your ass bounced off the subway. - German policemen seem to have a soft spot for dumb Americans, and tell them the rules without fining them, while bouncing their asses off the subway. - I always knew I liked German policemen. - Speaking of German policemen, they actually do have the two-toned horns on their cars. - I feel like I'm in a movie everytime one flies by with its sirens on. Doo-daaaah... doo-daaaah... - I have an ulcer again. When I threw up on the plane about 10 minutes after eating, I thought it was because I was over-tired or that I ate something crappy. - When I got to the Chinese biergarten last night and felt that familiar hot poker feeling in my belly, I realized what it was. And there it was again over breakfast this morning. - So despite my deepest desires, I only walked by here and didn't stop. My belly can only take so much. 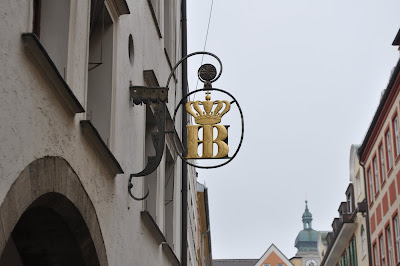 - Apparently my German heritage makes me look like everyone else around here. (Except for those of east-Asian decent. And while it is me just being stupidly stereotypical, it shocks me every time someone doesn't "look German", yet opens her mouth to speak perfect German, because, well, she's German. It freaks me out every.single.time.) - People are shocked when they talk to me or stop me in the street to ask a question and I give them my well-honed Polish salute (shoulder shrug, followed by a huh?). Yup, I am an American and know absolutely no German outside of "bier" and "toilette". - I realized after the fact that this might be why the policeman I met today kept questioning me about where I'm from until I showed 2 forms of ID. - Despite being a Roman Catholic since birth, I have never understood the whole concept of relics. - So I REALLY don't understand why you'd take somebody's bones, and then put jewels on them to display. So fricking creepy. 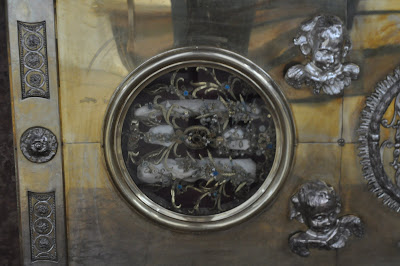 - Germany is famous for its pretzels - I got one today in the market and ate one bite. Because, well, it tasted like a pretzel. And I'm really not much of a pretzel fan. Don't ask me why I thought this would be different. Somehow, I was just sure the authenticity of it would make it different then something you'd get in a mall food court. Fresher, certainly, but still a pretzel. 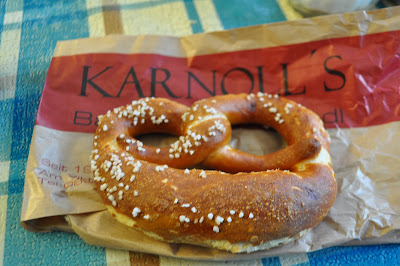 Vait a minuten. Backenze up.

The CHINESE Bier Garten in Munich? Do tell!

PS - Sorry about your belly, but...it could be your gallbladder. I had an ulcer forever, and when I ate, I felt better - provided I didn't eat chili peppers. It was the empty belly that killed me.

But when I had a gallbladder attack, I got sick AFTER I ate.

I don't understand how your subway ticket gets stamped????

btw: my word verfication is: lodslfun

sounds like the German way to say: loads of fun! lol!

Sounds like your having a great time. Is the Disney Castle in Germany or Switzerland?

The Chinese biergarten is a famous biergarten in the English gardens, which was actually designed by an American. Don't ask me, I just follow the rules.

Which, when it comes to the subway, include getting your ticket stamped at these little blue pods by the subway doors. I should have investigated what they were a bit more, but since I held a ticket I'd just bought, it never occurred to me.

And the castles are in Germany, on the Austrian border. I've considered hopping the border just to say I did it, but doubt I'll take yet another train today.