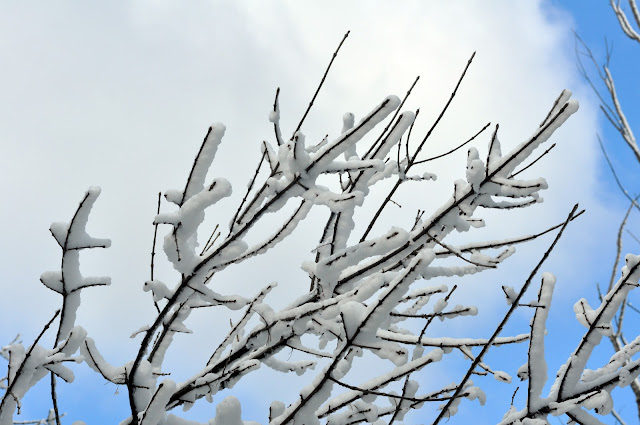 We were under a blanket of heavy, wet snow this weekend, and today C-man is riding his bike around the driveway without a coat on because it's 65 degrees and sunny. What a strange, strange year it's become already.

I've got to spend the rest of my week in southern California. I'm not thrilled about it, but I do have a car to buy. I'm hoping to test drive my candidates this weekend. Because I'm SICK to death of this van. I took it in to get the EGR valve replaced because that's what the codes were saying it was. They cleared out the sensors, and away I went. 15 miles later *bing*, the engine light goes on again. So I called them on my way into work again today, they took it, and it needed more garbage done to the tune of another $700. Ugh. The sensors are cleared out again. Here's hoping it stays that way, because I'm so sick of socking money into this pit.

We're getting to SoCA this year, too - in August. But it'll be to visit with family. Good luck with the car hunt.