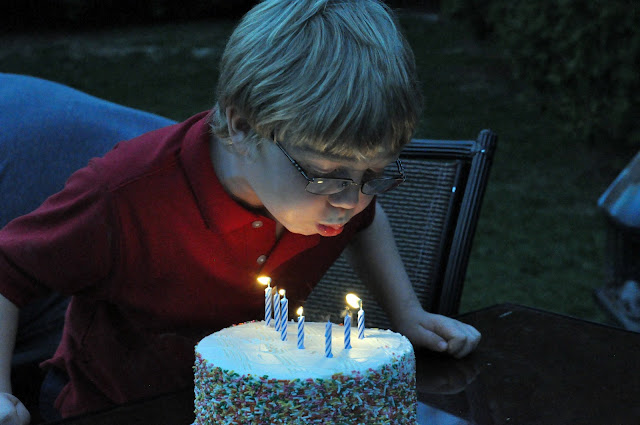 The birthday boy is officially 7 now. He decided yesterday morning he didn't actually want to go out to eat as we'd planned, but to eat a snack dinner at home instead. (Breads, cheeses, pickles, meats, jams, tabletop grill) Since it was still above 75 degrees, we ate outside. And then he spent the night furiously putting together the Lego set we got him. I do see a bit of me in him with stuff like that - he can't turn it off until he's finished - which caused big problems when he had 10 steps left and it was past his bedtime. Well that, and the 2 giant pieces of cake he'd eaten. 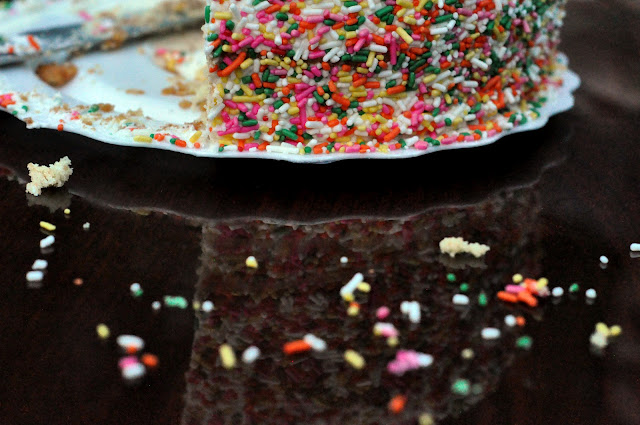 It being birthday/star student week, he took in his "sharing sack" (could there be a worse name?) of non-toy items that are important to him to share with the class. Meanwhile, I'm trying to figure out what to do with 5 boys for this sleepover this weekend. I think I may need some water balloons and guns on hand. That's always a worthwhile activity.
*******************
And, of course, GO MU GO!
at 11:47 AM

Has he ever had a warmer birthday?? It was gorgeous last night!